Expressing with my Body.

I’m Yusaku Komori. I live in New York and I’m a dancer.

I’m Yusaku Komori. I live in New York and I’m a dancer. I started learning jazz dance and hip-hop dance first, and then learned street dance. After I came to New York, I learned modern dance and contemporary dance. Now, I mainly do contemporary dance and I change my dance style depending on the offer I got. Also, I’m trying to do other work such as an actor or a model besides a dancer.

─ Why did you start dancing?

My mother went to the U.S. only by herself and until I was born, she was a jazz dancer in New York. At the time, there was a TV show called “Star Search” in the U.S. and it was a participation-style audition show.
My mother became the national champion dancer and she kept winning for a year.So, since I was a child, I had many chances to watch my mother do dance practice. But my mother says that I was saying, “I’m a guy, so I’m not going to do dancing!” kind of things. But one day at a waiting room of the dance studio, I saw the music video of “BAD” by Michael Jackson and I thought, “This is it.” So, I started dancing when I was 5 years old.
I’ve been just dancing until now thinking that I want to be as good as my mother. I really respect my mother and Michael Jackson, who gave me a chance to become a dancer, as a performer. 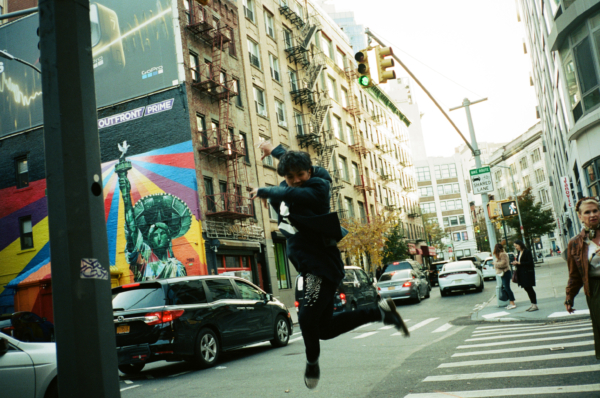 ─You have been devoting yourself to dance, but did you have any disappointment before?

Right after I graduated high school, I participated in the biggest jazz dance contest in Japan. I became a champion of that contest, so I went to New York with enough self-confidence. It was also going well after I entered a dance school in New York called “The AILEY School” and in about a half a year, I was able to belong in “AILEYll,” a group of young picked members. I was a member for 2 years. After that, I belonged in another company and went on a world tour, but it wasn’t a kind of dance I wanted to do, so I came back to New York and became a freelancer.
Before that, all I had to do was to just go with the schedule that the company gave me. I realized how hard it is to work all by myself. Of course, I was worrying about my future. Even if I join a rehearsal, a freelancer won’t get paid. I didn’t have enough money, so I started a part time job for the first time. I worked as a chef in a Japanese restaurant. During 1 year until the current company asked me to come, I sometimes thought like, “Why am I doing this?” I realized how big the damage is if we lose this kind of gorgeous world.

─After that tough period, how did you become a cast of the movie?

It was my 4th year in New York when the current company asked me to come. And the first offer I got from the company was an audition for the movie, “The Greatest Showman.” I had experience dancing almost only on the stage, but I decided to go anyway. It was a role of twins and I danced in a pair with many Asians. Next, they told us to sing one person at a time. I should have heard the details of the audition, but I totally didn’t have that in my mind (haha). I heard a person singing as they get into the room one at a time. My turn came and when I entered the room, there was even a piano. I made my mind and said in front of the judges, “I’m sorry, I didn’t bring anything today. But today’s my friend Jace’s birthday, so let me sing Happy Birthday Song for him.” I don’t know if it was interesting to see someone singing Happy Birthday Song with his full strength, but fortunately, they chose me at the first audition.
Though, I couldn’t really believe that when my manager told me, “You’re going to be on Hugh Jackman’s film!” Gradually, I realized that I was really chosen… 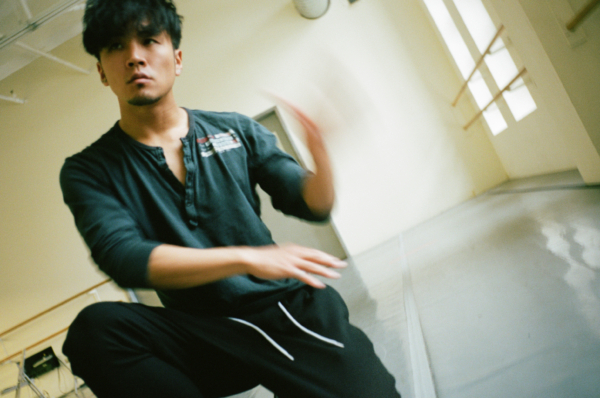 ─Please tell us some stories you experienced from the beginning of film shooting to the release of the movie.

As a result, my twin partner wasn’t decided at the audition, and a dancer in Los Angeles was chosen. I wasn’t able to meet him until the first day of rehearsal, so I was pretty nervous. There was an Asian wandering around near the rehearsal place, and I talked to him. He was my partner. He said that he lost his wallet in the taxi and I remember that he was in a panic (haha).
When we got into the place, Hugh Jackman was already there. And I was like, “Isn’t he *Wolverine?” and really excited, but I made myself cool and introduced myself (haha). I was meeting Hugh Jackman almost every day for half a year. Yusaku is not a familiar name in the U.S., so most of the people don’t remember my name, but he called my name and hugged me every day.
It was totally different from the work I had done on the stage. I realized that there were so many people working together to film one movie. A stage performance is just one time, but a movie shoots many times and it uses the best take. Of course, I also do my best on every take for the movie, but the difference with the stage was a fresh experience for me every day. 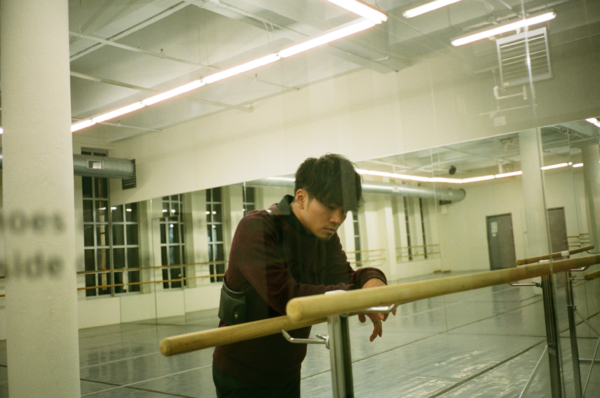 About a month before the release, there was a preview screening for the casts and staff. I did check every scene that I participated, but of course, I don’t know about the scenes I’m not in, so I totally didn’t know how it was finished as a movie. But from the moment where the opening music started, I was crying until the last scene. I couldn’t see anything in front of me. It was a great experience. I couldn’t believe that I was appearing on a big stage in the theater, and I thought I’m a really happy guy because I came to New York to dance and now I’m joining this such a great work. Appearing on the movie made me feel like finally, I'm on the same level as her for the first time.

Do you value something when you dance?

Since I’m Japanese, I always keep Japanese-like delicacy in my mind. In addition, I always try to have dynamism that I cultivated in the U.S. I try to move bigger than anyone else and jump higher than anyone else. Also, in New York, I’m already a minority because I’m Asian. So, when I think of how to stand out without looking badly, I think that being unique is one important thing. Even though we are dancing in a group, you sometimes look at one person for some reason. I want people to feel something that comes out from my heart when I dance. 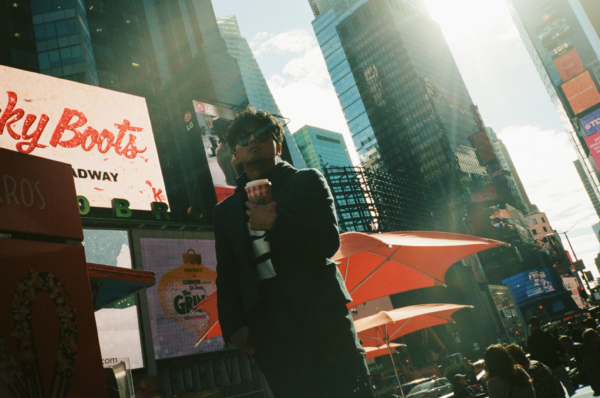 ─Please tell us what you want to do in the future.

As a dancer, I want to make my own genre. I think that Michael Jackson, who I respect, was a pioneer for people in the same generation, so I wish I could be like that… on my own way.
I’m not good at speaking, so I was interested in expressing myself with my body. I really considered myself as a dancer before, but since I appeared on “The Greatest Showman,” I started to have interest in other way of expression except dancing. Such as singing or acting, I haven’t done it before but maybe speaking. I’d like to believe myself and try to express things that come out from inside of me. I think the movie opened my new path and it seems like I entered chapter 2 of my life.