Karate as a Self-Expression.

─What kind of sports is karate?

Karate’s place of origin is Okinawa and there are 2 types of events, kata and kumite. Kata is an event of technique performance supposing that there is an opponent. I think it’s artistic and beautiful. Kumite is a one-on-one match with point scoring system. It has tense atmosphere between the distance of the opponent and we do powerful fights by showing our techniques.

─Why did you start doing karate?

When I was in the 1st grade of elementary school, my older sister was invited from her friend to do karate together. So, I followed her and that was the beginning. I went to the training hall just for fun, but it looked really fun to me and I said that I want to do it before my sister.
I knew it afterwards, but my father was doing karate when he was in high school and university, and he was one of the first-generation students of karate club in Takushoku University Koryo High School. My father didn’t say that he wanted me to do karate at the time, but I naturally encountered karate and I feel like it’s a fate now.

─There are 2 events of karate, kata and kumite, but why did you choose to do kata?

I started to learn kata first, and I think it was because I was praised for learning it quickly. I’m small build, so I couldn’t achieve good results in kumite, but I was able to get better and better as I practice more and more in kata.
They are in a different field, but when I saw people playing the violin or the piano, I simply thought it was cool to express things how they want to. I originally liked to express something, so I thought I’ll do better on kata because I can pursuit artistic quality. When I was able to perform my technique as I imagined like putting in a thread in a needle hole, it’s really delighting. 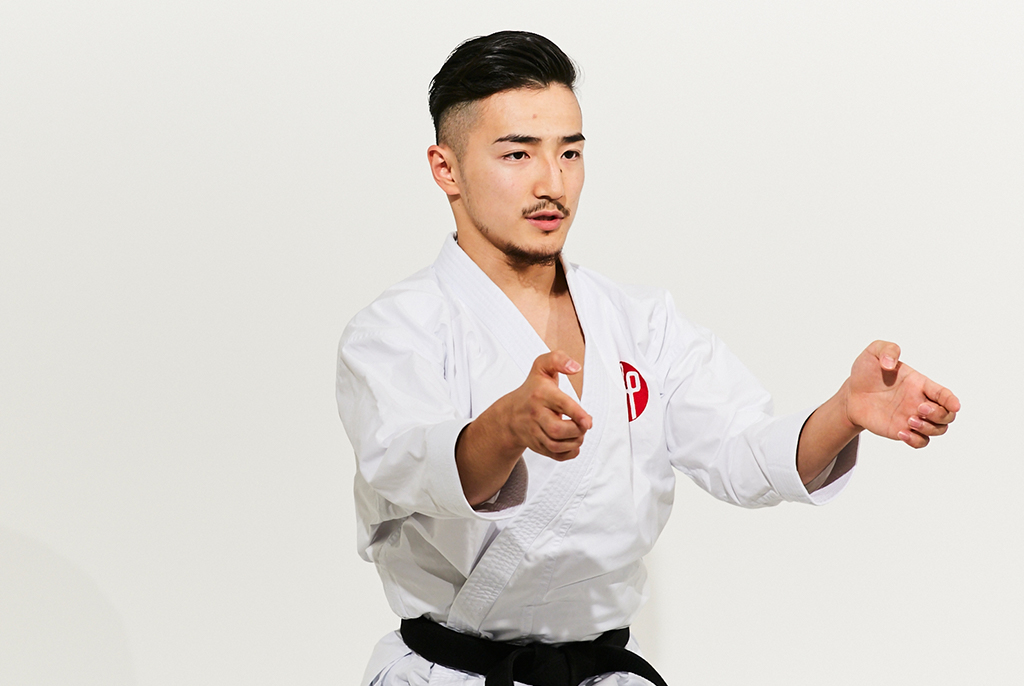 ─Please tell us about the steps you went through until you made success worldwide.

When I was an elementary school student, even if I went to a national competition, best 16 was my highest rank for 4 years in a row. The person who won against me kept the champion for 4 years and it was really disappointing for me. So, as soon as I came home from school, I wore the karate uniform and practiced in the living room. To make myself motivated, I tried to wear the uniform cooler (haha). I didn’t go out with my friends so much and practiced a lot. And when I was in 6th grade, I was able to be the champion for the first time in a competition of Kanto region. Since then, I wanted to practice more and more. In the national competition next year, I was able to be the champion and it became really fun to do karate.
When I was in the 3rd grade of junior high school, I went to a competition where 4 schools of karate gather. I keenly realized how high the level of people there are. I definitely wanted to win during high school, so I entered Takushoku University Koryo High School, which has one of the most powerful team in Japan.
I was able to win as a team, but I couldn’t win in an individual contest. Even though I told my parents that I’ll be the Japan champion in high school. If I could do my very best in high school, I was thinking about doing karate for fun in university, but it was really regretful, so I entered Teikyo University, a school strong in both kata and kumite.In university, of course people there was on a very high level, but some people said, “You don’t look as good as you are because your body is small build.” and it really made me feel down. But I thought there must be something that’s good about me. I worried a lot, but I just worked hard and practiced. I was putting an effort on basic practice, so gradually, I was able to perform in a competition. And finally, I became the Japan university champion of kata as a team when I was a second-year student. Well, then I wanted to achieve more (haha). Next, I thought I wanted to win in a world competition, so I practiced even more. I was able to get into a national team and finally I was able to perform at a world competition. People gave me applause for my kata, and I loved kata more and more. Now, one of my goals is to show my parents me as a champion of the world, so I’m practicing every day to win the current champion, Kiyuna-san.

─So, frustration and worries were energy for you. What did you get by doing karate?

Of course, patience and courtesy are very important, but the biggest learning in myself is the importance of the process to make efforts to achieve goals. What I think it was good about continuing karate was making efforts became easy for me. Practicing is tough, and I really get tired, but I always try to overcome myself being easy on me and practice fully every time. When there’s something I couldn’t do well enough, I go back to the basic moves and concentrate on punch, techniques, and the strength of leg muscles for practice. Now, I’m seriously facing only on karate.

─Karate was chosen as the event at the Olympic Games.

I’m really happy that karate became an Olympic event and there will be more opportunities for people to know about it. Karate is getting more exciting as an Olympic event, but I like to compete in the world, so the Olympics is not my only goal. I’m in the 3rd place in Japan now, so the competition that I can participate is still limited. But my goal is to win the contest that I have in front of me now so that I can be sent to more competitions and win as many as possible so that I can compete with players in higher ranks. 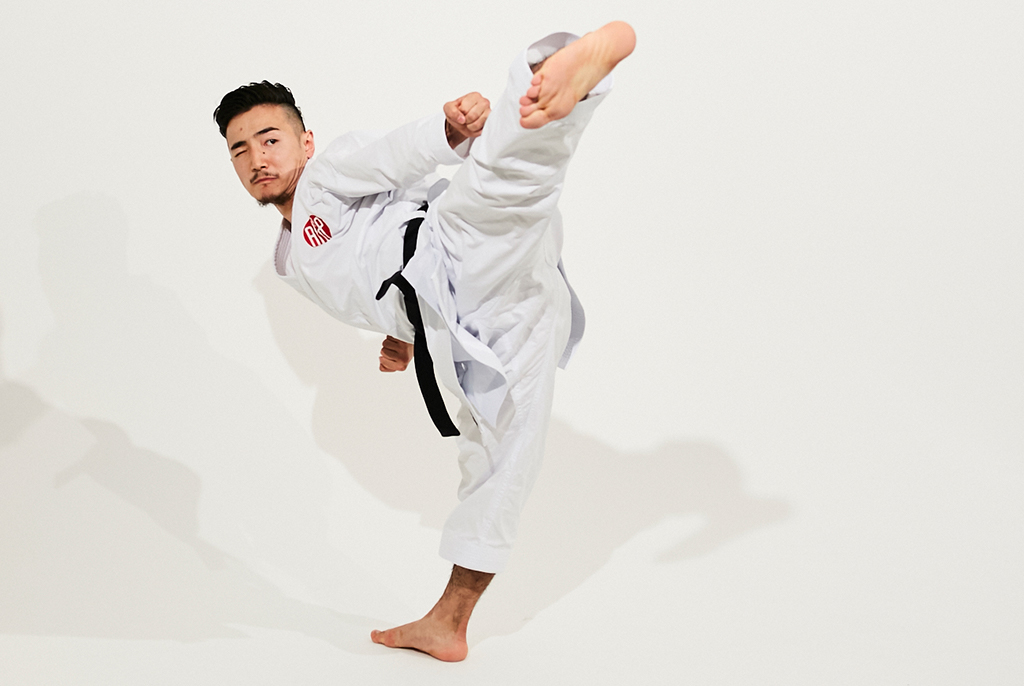 ─You want to keep competing in the world.

The good thing about competitions in foreign countries is that they say good things as good. Even though they aren’t my team members and having a different nationality, if I perform good techniques or good kata, they give applause to me. For me, it’s a place where I can truly express myself.

─What do you think of foreign athletes?

Their muscular strengths are amazing. Japanese players show power by concentrating on slow and fast of the movement, but foreign players can show strength only with the power. Japanese players can be weaker on the power, but they can move very finely. They have good basic skills, so I think they show the power well from the feet to the end of the fist with good connection of movements in upper-body and lower-body.

─What is the highlight of your kata?

Although I’m small build, people say that I appear bigger when I’m doing kata. I think one of my appealing points is dynamic techniques.

─What is karate for you?

I’m doing karate since I was little, so karate is my life. As long as my body moves, as long as I can show good techniques, I want to perform in a competition. I never thought about when to put a period to my karate life. For now, I’ll be a player through my whole life.