─Please tell us about a sport called Ultimate.

We pass around a flying disc in a team without dropping it and we get a point if a teammate catches the disc in the end zone located at the both ends of the field. It’s often described as a sport like a mixture of American football and soccer. The name Ultimate comes from the English word “ultimate” because we need various kinds of skills to play this sport such as stamina to run around a big field that is 100 meters long and 37 meters wide, a skill to control the flying disc, and independent mentality as a self-judge sport.

Japanese teams have advanced skills and we’ve achieved good results in World Championships. Especially, the range of throws and variation of pitches, and the skills to pass around the flying disc to disturb the opponents are top-rank skills in the world.

─Why did you start to play Ultimate?

I wish I had a fateful encounter, but nothing like that (hehe). I was kind of shy and I just followed my friend who wants to join an Ultimate club team in university. I thought, “Throwing a Frisbee (flying disc) sounds fun and easy!” but a thick Frisbee for this sport was pretty difficult to throw. And, I was into it.
But when I started to work, it was difficult to do both work and Ultimate well, and my knees got bad at the time, so I stopped playing for about a year and a half. And why did I start to play again? The friend I talked about earlier was playing in a club team and she asked me to play in a game because there weren’t enough teammates (hehe).

─Did you have any changes by playing this sport?

One of the big changes I had was that I got able to see things more positively.
In 2016, I was chosen as a player on Japan national team, but all the other players who became my teammates had special skills necessary for their positions. I didn’t have any skills that can be my weapon, and I also couldn’t have a feeling like “I want to win over everyone.” My manager told me, “Your play and feelings are both half measures.” and I was pretty troubled.

During that kind of period, one of my teammates told me in a team meeting, “Tomoe can do everything above average.” I realized that my weapon is an all-rounder. Then, I thought of improving all of my skills. I started to think positively from here.
On my team, I usually play in a position called “Handler” who pass the flying disc a lot to build a game. But I think my strength is that I can move depending on the situation, not considering too much on the role of my position.

─Please tell us about your week schedule and your days off.

I work during weekdays and after work, I go to a gym to work on my personal training menu. I do trunk exercise to strengthen inner muscle, and some running menu. I also care about my diet balance. Until I was 25 years old, I had so many likes and dislikes of food and a nutritionist told me, “Your diet is the worst thing of you.” (hehe)
Saturdays and Sundays are team practice days. I don’t use my body on Mondays. It’s my brain work day and I review the practice on the weekends or watch the videos of the past. Even on weekdays, I watch videos of Ultimate games during my lunch time… I always think of Ultimate whenever I have some extra time. But it’s also important to have good balance. I love animals, so I went to an owl café where one of my teammates work at. There was also a capybara pastured, and it was really relaxing…! 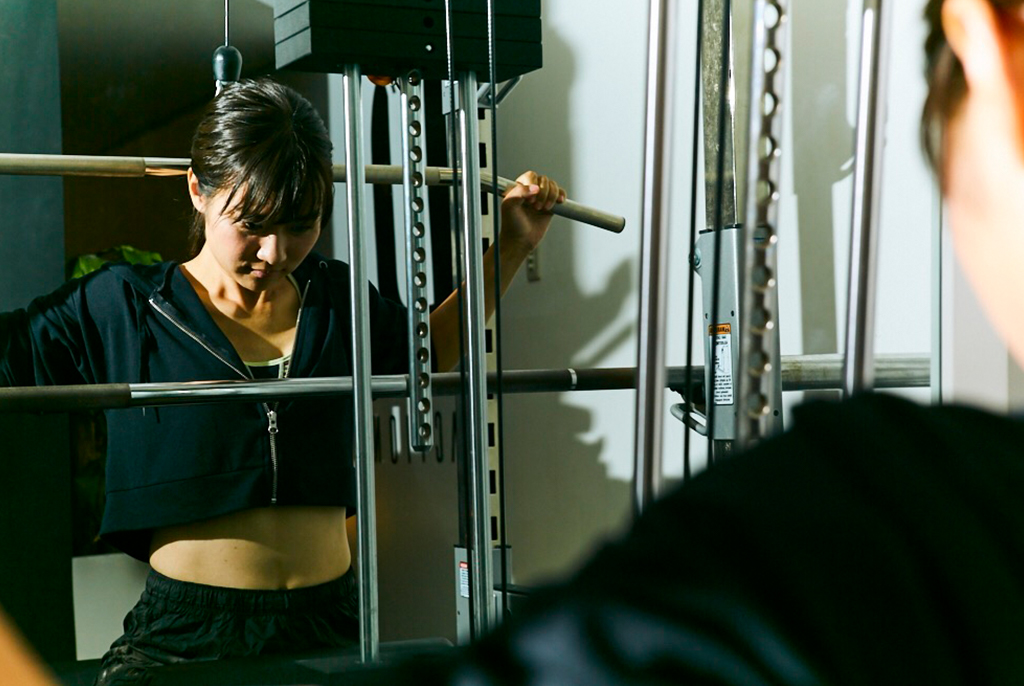 ─Are there anything tough to continue playing this sport?

The first thing I want to tell is that I really appreciate all the people who support minor sports including Ultimate and all the support from companies which agreed to players’ thoughts. Our original goods will be released soon, and my family comes to see our games. We are supported by many people in different ways.
However, it’s pretty difficult to balance work and Ultimate because there are many visits to other places. Including me, there are many players that want to concentrate on practice and games on weekdays, but it’s difficult because it’s not a widely known sport yet. Because of the money issue, we sometimes give up joining a game. In those meanings, I really want more people to know about this sport called Ultimate.

─You became a captain of MUD from this season. How would you want your team to be?

I want all the players on this team to play with confidence. It’s one of the characteristics of MUD, but many of them are too nice and lack self-confidence a little. First, I want everyone to have confidence in themselves and I want each person to acknowledge good things about each other. Maybe I’m too eager to make a positive mood in the team. People often say about me, “a noisy comedian” or “a backseat comedian” (haha). Maybe I touch my teammates a lot, too (haha).
But of course, I sometimes lose confidence, too. Before playing a game, I sometimes watch the video of a game I did well on.

─What do you think is the reason you were able to continue playing Ultimate?

I think one of the big reasons is that I realized how fun Ultimate is and how attractive this sport is. At the beginning, I was having fun playing with many people, but I can use many kinds of physical skills in Ultimate and the flying disc shows unique courses depending on how you throw it. It’s really interesting and deep because I can pursuit my skills as much as I want. I think it’s very fun to watch the fights of disc that you can’t see in other ball games.

─Please tell us if you have anything you want to do in the future!

As an individual player, I want to get into a national team of 2020 World Championships and 2021 World Games. Especially for World Games, only mixed teams of men and women can participate, so only 7 players for each men and women are going to be chosen from all the Ultimate players. It’s really an honor to play there and many people will support us.
In the future, I want to tell more people how fun Ultimate is. Frisbee sounds like a leisure activity, but you’ll be amazed if you see the game. To spread this sport more widely, I want Ultimate to become an Olympic sport. Ultimate started from the U.S., and U.S.A. team is one of the strongest teams in the world. So, I think there’s a chance to be chosen as an event in 2028 Los Angeles Olympics. I’d like to participate on the activities that relate to the selection.
Not soon, but some people have asked me to establish a school of Ultimate. It’s very important to show and tell how fun Ultimate is to young generations because it’ll be a chance to increase more population of players and gain more recognition among people. It’ll be great if I can do that someday in the future.